Rookie journalist and former police officer Dan Bishop has stumbled upon a horrific truth. Britain is under attack. Seemingly isolated, its defences either crumbling or non-existent, it is all but defeated. This is Blitz 2.0. And no one even knows it is happening.

There is no Churchill. Democracy itself is overthrown. Oblivious, the people themselves help spread the sickness. And now the big prize – the United States – is falling.

Aided by a handful of unlikely allies on both sides of the divide – a US news anchor, a former MI6 agent, a Ukrainian troll farm worker – Bishop must do whatever is necessary to awaken people to the reality of the war before those behind it put a stop to him – and everything we believe in.

This is the story J.J. Patrick (AKA James) and I are setting out to tell in movie form. You can join the fight and directly support the development of the screenplay here. Just pledging a tenner can help make it happen.

What’s it all about?

Alternative War – the book that started it all

#AltWar is a thriller – think Bourne Identity, Man on Fire or The Night Manager – which means much of it is dramatised, but most of it is true. The historical backdrop is the world we live in now – the one we have been struggling to comprehend for the past two years, whose grievous threats James investigated and exposed in his investigative book Alternative War. When it was published, many considered its claims outlandish. Now, they are mainstream. Key EU governments, including France, Spain, Germany, Italy and the Netherlands have acknowledged Russian cyber threats to their democratic processes and are taking measures against them – both as individual governments and collectively, through EU partnerships. Only the UK is lagging behind – and, of course, it is currently set to leave the EU, thanks to a referendum which intelligence agencies on both sides of the Atlantic recognise as having being compromised by that very same threat.

In the US, the position of the security and intelligence agencies providing evidence to the Mueller investigation, including the CIA and FBI, also reflect exactly what James published back in August 2017. Yet, at the time of writing, at least, the presidential position remains curiously pro-Putin, as well as anti-NATO and anti-EU.

These are the realities of both the book and the film.

Where does the fact end and the fiction begin?

When starting to conceptualise fact as truth-based fiction, one faces certain challenges, and certain decisions. We needed a story to serve as a vehicle – and to make it entartaining as hell – but when dealing with truths as important as these, it’s crucial not to obscure or distort them. So, where do you compromise? How much do you change? What is it OK to invent, or simplify for dramatic effect? 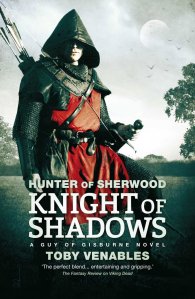 My background is journalism – 20 years in the field. But I’m also a screenwriter and novelist, and the four novels that I have published so far are all historical fiction, and the last three weave fictional characters into a completely factual historical timeline in which real historical figures also appear. It was of primary importance to me that those historical timelines were as accurate as possible – even where it may have been inconvenient for my fictional story. I fitted my story to the history, not the other way around – and, in fact, that approach – a spur, not a straightjacket – brought forth far greater creative riches than would otherwise have been the case. Exactly the same principle holds true for #AltWar, and it draws on my experience in this area. How that works in practice… Well, you’ll see.

Our key character also has a lot of the real world in him. Daniel Bishop’s background, career path and discoveries are all those of James himself, and several of the experiences in this narrative – perhaps more than you might expect – he actually had. Other characters we are in the process of shaping are created to represent ideas or factions that would otherwise be abstract and faceless. Some names are also being changed to protect the innocent – or not so innocent.

Sliding between the cracks of these building blocks, acting as the mortar that holds them together, is the fiction. And that, my friends, has a simple aim – to be as exciting, compelling and believable as possible. The cyber threat has been using constructed narratives and the disconcerting blend of fact with fiction (ie “fake news”) to skew our perspective on the world – to make us lose our grip on it, and eventually give up.

Well, this is us saying “Back atcha…”

Join us by supporting the writing project – even just a link or retweet can help.

“What had become clear to me in a very short space of time was that all of the strands of the hacking web interact to create a whole – a viral organism dependent on each of its elements to work effectively, mutate, and spread. We, people, are little more than the host keeping it alive: like any good infection, it relies on us to continue to exist. This is a natural progression, I suppose. A computer virus for all intents and purposes engineered by a malicious enemy to attack humans rather than machines.”
– Alternative War J.J. Patrick

Finally, a major piece of news can be revealed…

This year, I’m working on a feature film screenplay based on J.J. Patrick’s (completely factual) book Alternative War, in close partnership with the author himself, former police officer, whistle-blower and now investigative journalist with Byline. And the development is being funded not by the industry, but by those who most believe in it – those who have supported it all the way. You.

Those who already know of J.J. Patrick’s shocking political exposé will need little explanation as to why it’s significant. Those who don’t… Well, hold on to your hats.

At the time of publication in August 2017, James’s book – detailing Russia’s cyber war and meddling in the US election and Brexit referendum – was frequently dismissed as tinfoil-hat, conspiracy-theory paranoia. Six months on, and the Mueller investigation and EU nation premiers (including, belatedly, Theresa May) are confirming daily everything it outlined – a grim reality made all the grimmer by the fact that we were blissfully unaware it was happening, wrapped up as we were in its baffling fallout: Trump and Brexit.

But now we’re waking up to it, what can be done?

The answer, to James, seemed obvious: get it out there even more, get it in the mainstream, get everyone talking about it – so much so, it couldn’t be ignored or dismissed out of hand, and covert actions could no longer be covert. This alone helps to defeat them. As James himself has put it: “With crime, prosecution is necessary, but with espionage exposure is enough.”

To achieve all this, something else – something seemingly perverse – was required: to make it fun.

The one thing that could tick all these boxes seemed obvious: a feature film. So, without further ado, that’s what we’re going for – with your help. It will be grim. It will be suspenseful. It will be true to life. And it will also be entertaining – because to make this crazy story dull would be the worst crime imaginable…

Please read James’s piece on Byline here, in which we both talk about the project, and share and contribute if you can. In doing so, you are helping to expose attacks against this country and others. You are literally fighting this war.

Here is the direct link to the project:

Here, too, is something explaining what Byline is all about, and how it is supporting and facilitating independent journalism free from advertising pressures:

To follow me go to: @TobyVenables (all stuff, including political comment) or: @TobyVenablesWr (just the novels, screenplays and other fiction)